The new Payment Times Reporting Bill is law in Australia from 1st January – it is set to revolutionise how large firms pay small ones – OR ELSE: Jonathan Dutton explains for Supply Clusters members ….

This new law – The Payment Times Reporting Act 2020 (PTRA) – actually became law with effect from 1st January 2021. It seeks to regulate and shorten payment times between large organisations and their smaller suppliers. It could be the most important new law to affect procurement practices since the Modern Slavery Act 2018 (MSA).

And it has surprised many in big business who claim to have been caught unawares and are now complaining that implementation will be difficult and time consuming and demand precious resources at a difficult time.

Truthfully, with genuine bi-partisan support this bill was fast-tracked through the law-making process. Perhaps one of the fastest ever pathways through the legislative process, from first reading on 13th May 2020 through to actually becoming law from 1st January this year. It was driven by Minister for small business and employment, Michaelia Cash.

Yet the provenance of this new act was not forged completely free of controversy. A constant stream of pressure has been applied by The Office of the Australian Small Business and Family Enterprise Ombudsman (ASBFEO) which commenced operation in only March 2016. The Ombudsman, Kate Carnell, has received significant coverage raising the issue of many large organisations paying many more small organisations (their suppliers) too slowly – and, too often, as a strategy.
The Prime Minister, Scott Morrison, jumped on early in the pandemic and challenged business audiences to pay quicker. At one point he is said to have boasted that he got several key federal departments in Canberra to pay their suppliers within five days – so, he challenged, why couldn’t big business?

The government are well aware that small business is the lifeblood of the economy. Indeed, it was only five years ago, in 2016, that the federal government changed the definition of a small business from one that has “a turnover of less than $2 million” to one with “a turnover of less than $10 million”.
And some compelling Australian Bureau of Statistics (ABS) official 2020 stats make the point well:

The government recognises that most workers are employed by small businesses. That influencing their experience is essential in order to achieve business policy outcomes such as driving liquidity in the economy to fuel a fast climb-back from a Covid recession. Waiting sometimes up to 90 days for payment restricts working capital dramatically, stunting investment by smaller firms.

In essence, this new law requires that large businesses (over $100m revenues) pay small businesses (those under $10m revenues) all invoices due within 30 days.
Importantly, this rule applies to both private sector companies and most government departments and agencies. It also requires detailed reporting, at a granular level, which will require significant purchase-to-pay (P2P) systems and/or process work to comply. Reporting is also six monthly not annual.

What must be reported?

KWM explain that under the PTRA regime, reporting entities will need to report twice-yearly on:

And there are heavy penalties for transgressors including heavy fines – up to 0.6% turnover, which could be $200m for a big four bank size company, or even just $24m in penalties for an organisation with sales of just $4bn:

Potential fines of $6m for every $1bn in sales revenue

But, perhaps worse for some, a register is to be published by government monthly to “name & shame” organisations that do not comply. Including the government’s own departments! The website is set to open for (embarrassing) business on 1st July 2021 and the Press will have open access. Indeed, some organisations might be in greater fear of appearing on this website than paying a substantial fine.

PAYMENT TIMES REPORTING ACT 2020:
PENALTIES FOR NON-PAYMENT WITHIN 30 DAYS
Fines can be applied up to a limit of 0.6% Annual Turnover – up to $200m for big four bank
Organisations can be ‘named & shamed’ on Govt register of non-compliance through a public website

The Federal Government have already amended their procurement policies to reflect changes due to this Act. Not so much the private sector, as yet, it feels.

Key questions for some …

A key question is that of applicability. On the face of it, it is simple – Aussie organisations over $100m. But there are exemptions for some public bodies. And not all foreign owned entities might be caught by the Act – an area for specialist advice.
And what of a large Australian exporter paying its domestic suppliers in 30 days, but collecting funds from overseas clients in 60 or 90 days? Does the cash-flow squeeze hurt exports? Or is it even an incentive to resources supplies to overseas?
Of course, many firms are not caught up by the Act – some 38,000 firms do not qualify for 30 day payment under the Act.
Ironically, as we explored in the previous article, the new 30 day terms may actually be a stimulant for the often criticised Supply Chain Finance (SCF) industry. Choosing exact payment dates for cash-squeezed suppliers is often worth a few basis points or more of margin. And the cross-over of factorising, business loans, cash-flow lending, trade finance and reverse-factoring offer a combination of financing possibilities that can offer solid returns outside core business in a time of very low interest rates.

Hints of stronger regulation are in the wind for larger organisations; especially when it comes to how they deal with smaller suppliers. This PTRA may strengthen before long?
Other actions could also be quickly implemented in the post-Covid economic reality. Perhaps within the vein of greater government intervention to accelerate economic recovery. These actions might possibly include rumoured changes such as:

Likely, then, the PTRA is not the last of big government prompting big business to help the economy more? And more compliance issues for procurement seem likely in future – not less.
NOTHING IN THESE NOTES CONSTITUTES WRITTEN COMMERCIAL OR FINANCIAL ADVICE – ONLY GENERAL AWARENESS OF THE ISSUES AROUND SUPPLY CHAIN FINANCE

The most important new law for Procurement since the MSA – The Payment Times Reporting Act2021-01-152021-07-15//supplyclusters.com.au/wp-content/uploads/2018/07/16_supply_clusters_logo_rgb_large.pngSupply Clustershttps://supplyclusters.com.au/wp-content/uploads/2021/07/the-payment-times-reporting-act_jonathan-dutton-scaled.jpg200px200px
About
Jonathan Dutton
Jonathan Dutton FCIPS has a non-executive role at SUPPLY CLUSTERS and writes a monthly column for the website. Jonathan is the CEO of PASA who run a wide range of procurement events and training programmes each year www.procurementandsupply.com and cover all aspects of procurement thoroughly in their forthcoming conferences and PASA CONNECT industry Roundtables – which includes ProcureTECH, the country’s largest independent conference on eProcurement technology, which Jonathan has chaired for the last dozen years. He has also worked extensively in the past as a procurement consultant and trainer in the eProcurement space.
Supply Clusters site usage policy. by using this site, you agree to our Privacy Policy. When information is submitted via this site, you consent to the collection, use and disclosure of that information with this Privacy Policy. Supply Clusters is compensated by the merchants we promote. © 2018 Supply Clusters of Australia. All rights reserved. All advice is general and may vary depending upon your specific circumstances. General Disclaimer available here. - Membership Agreement available here. All monetary values are in Australian Dollars ($AUD). This site is protected by reCAPTCHA and the Google Privacy Policy and Terms of Service apply. ABN: 11 060 096 960. Top Floor, 13 Bridge St, Rydalmere NSW 2116. 1300 CLUSTERS 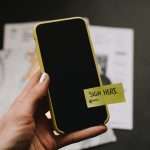 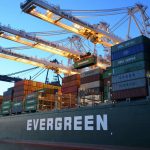 Life after Covid: Always paying on time – or even on demand – is set to be the new normalFinance, Financing, Procurement