Are you making a real difference when it comes to choosing indigenous suppliers?

Business (and government) support of indigenous-owned businesses has driven many outcomes.

There has been a marked increase in the median economic indicators for indigenous Australians. That is between the census of 2011 and 2016. The statistics delivered in the most recent census show a positive trend.

These figures show a positive trend. Yet, the figures do not show whether the programs that are in place – or those that businesses subscribe to are making a real difference. We can infer that they are but we may be applying hope to that conclusion.

Business and government have put their own policies in place.

The Federal government procurement policies are changing from a % of contracts to a percentage of spend. The big unanswered question is what percentage of this spend will end up in the hands of the indigenous people who need it?

The constant challenge that many of our customers face is ensuring that they are able to meet their targets. And, of course, ensure that the outcomes for indigenous populations meet the intent of those goals in the first place (not ‘ticking the box’).

Any support for indigenous businesses is a positive

We believe that any support of indigenous-owned businesses is positive. And it delivers some benefits to the community as a whole. Indigenous support has fostered the creation of many businesses. The majority which delivers many benefits in education, employment and training.

The simplest and first place to look is this. To see if the majority indigenous owner or owners are present and part of the operation of the business. There may be valid reasons why the owners are not part of the day-to-day operation and/or management but this is still a good starting point.

Where does Control lie?

Beyond share allocations, there lies some truths that we should all consider. The power of equity ownership of a company does not always equate to control of profits.

There are some instances of indigenous-majority owned corporations co-owned through a controlling partner. These could be Australian or international corporations. And, these organisations exert control through ownership of the supply chain, suppliers and back office.

Such businesses operate with an indigenous face who serves as the front to an otherwise non-indigenous operation. This is despite ‘majority’ indigenous ownership.

There is nothing untoward per se with this approach. However, you need to understand whether your organisational goal is to:

Is who controls the supply chain important?

So let’s say the minority shareholder of the indigenous corporation controls the supply chain.

Consider what would happen if the majority indigenous owner wishes to move to a different supply chain? This could be due to a lack of performance or worse, a lack of competitiveness.

Would the indigenous owner be able to move to an alternative supply chain?

Unlikely as the minority shareholder has a vested interest in their own supply chain. And changing over to a competitor would be if not impossible, improbable or cost prohibitive.

So in effect, the majority indigenous owner becomes locked into the incumbent supply chain. This results from ownership of the minority shareholding. In essence, control has been missing from the start – it’s not obvious unless you are looking.

Consider, as an analogy, if this was applied to an individual. It would contravene one of the guiding principles of the Modern Slavery Act. That is the right to “refuse or cease work but by doing so may lead to a detriment?”

You may think this sounds harsh – we don’t believe so.

Follow your intent with action that matches the intent

Carefully choose which indigenous suppliers you work with. You should also consider other factors in how to support indigenous organisations. Even ensuring that accounts pay on time or in shorter time frames will help those organisations.

Driving a business to the wall on pricing also does not help – deriving business value is more than price. They may be smaller organisations that do not have the economies of scale that larger competitors do. But they often provide a higher level of service. You also need to consider how you will support your indigenous supplier ongoing.

Do something rather than nothing

Any contribution helps at least one indigenous person. Organisations need to consider what they are actually trying to get out of supporting an indigenous business.

If this is something that your organisation is serious about, consider how you can make a real difference. Don’t do only to ‘tick the indigenous box’. Think about the broader implications of how you can support indigenous organisations to grow and prosper for the long term.

June 2019 Procurement
Are you making a real difference when it comes to choosing indigenous suppliers?2019-06-282019-07-30//supplyclusters.com.au/wp-content/uploads/2018/07/16_supply_clusters_logo_rgb_large.pngSupply Clustershttps://supplyclusters.com.au/wp-content/uploads/2019/06/alessia-francischiello-iqa9qxh-nwk-unsplash.jpg200px200px
About
Oliver Lazarevic
A passionate leader who leverages strategic thinking and commercial acumen to deliver business objectives. Extensive experience in sales, marketing & supply chain with a specialisation in pricing models. Oliver also has a track record of developing value based business relationships and high performing teams underpinned by trust and integrity. Supply Clusters provides members with access to the right products and services from the right suppliers at the right price delivering immediate savings to the bottom line. Members also reduce the time and resource needed to find and evaluate suppliers by leveraging the Supply Clusters negotiated agreements. The Supply Clusters team combine 20 years of experience with business intelligence capability to deliver valuable insight to members.
Supply Clusters site usage policy. by using this site, you agree to our Privacy Policy. When information is submitted via this site, you consent to the collection, use and disclosure of that information with this Privacy Policy. Supply Clusters is compensated by the merchants we promote. © 2018 Supply Clusters of Australia. All rights reserved. All advice is general and may vary depending upon your specific circumstances. General Disclaimer available here. - Membership Agreement available here. All monetary values are in Australian Dollars ($AUD). This site is protected by reCAPTCHA and the Google Privacy Policy and Terms of Service apply. ABN: 11 060 096 960. Top Floor, 13 Bridge St, Rydalmere NSW 2116. 1300 CLUSTERS 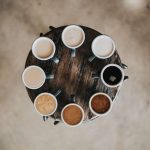